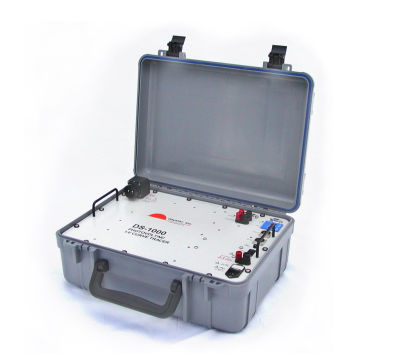 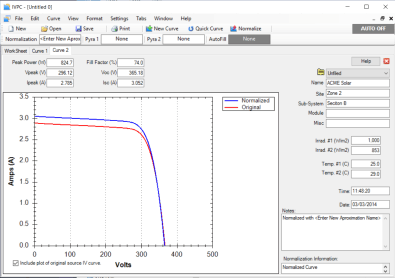 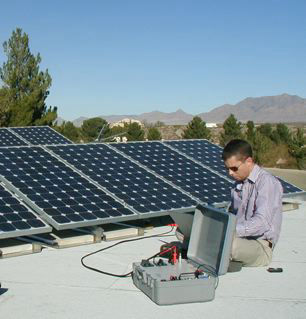 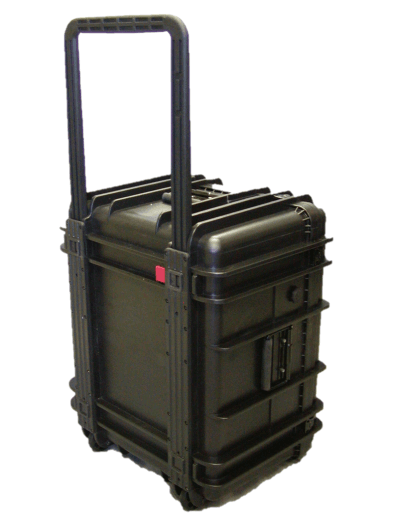 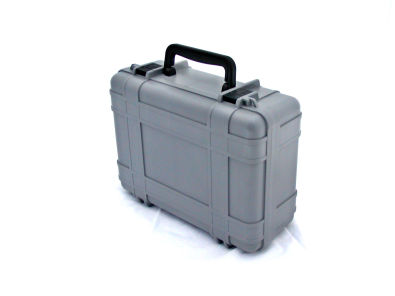 The Daystar DS-1000 I-V curve tracer is a portable unit for testing photovoltaic modules and systems. The DS-1000 uses a capacitive load to vary the impedance connected to the output terminals of the PV array under test. The voltage and current are sampled as the capacitors in the tracer are charged. True short-circuit current (Isc) is measured by starting the sequence at a negative voltage and sweeping the IV curve through the zero voltage point.

Unique switching of load capacitors optimizes sweep rate to yield more accurate IV curves. This data set is transferred to a connected computer for display, analysis, and storage using the powerful Windows-based IVPC software.
The Daystar DS-1000 also includes two irradiance and two thermocouple temperature inputs that are recorded with the IV curve.
Daystar Tracers have proven accurate, reliable, and durable and are used by many photovoltaic companies and national laboratories around the world.
Each DS-1000 is shipped in a rugged foam-lined, transport case and includes IVPC software, manuals, and cables.
Email Raydec for a quote.
Download a datasheet here. 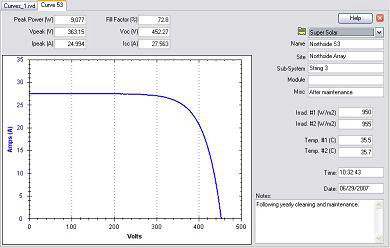 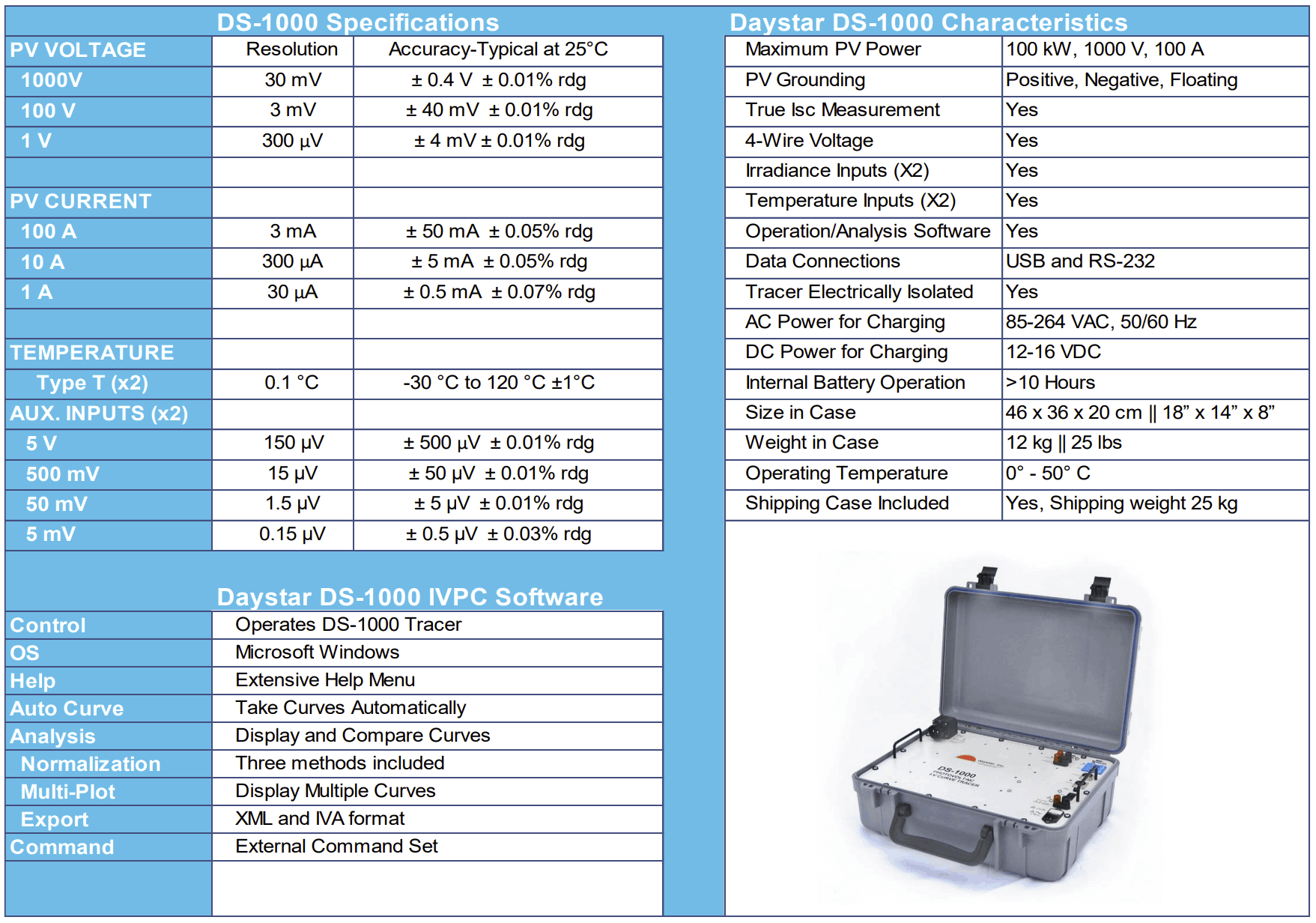 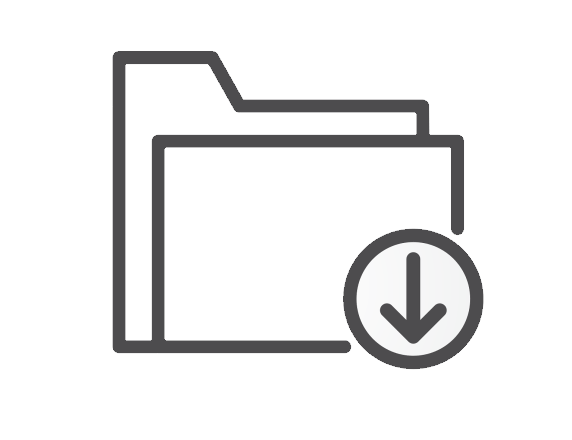 The first Daystar tracers, developed in the late 1980’s, were one of the first portable, self-contained PV IV curve tracers available for testing photovoltaic modules and systems. The Daystar series of IV curve tracers were designed for testing modules as well as what were large PV system at the time.

The Daystar tracers have always had an industry leading 100 Amp capability. The original designs were rated to 600 Vdc and have since been increased to 1,000 Vdc with the Daystar DS-1000. Accuracy of the IV curve has been the primary focus of the design throughout its history.
Original units had built in screens, keyboards and even printers. Notebook computers had not yet been invented!
Early designs made use of state-of-the-art digital signal processors (DSPs) which represented the fasted possible way to process data in real-time.
Eventually it became clear that the Daystar IV tracer would be improved by using a separate computer for control and display. This allowed for a much more sophisticated and user-friendly interface running the first versions of our IVPC software.
Additionally, as computer processors became more powerful, the design shifted away from DSP technology to making use of off-the-shelf embedded CPU cards that were not only faster but much more capable.
For over 30 years, the Daystar series of IV tracers have represented the most reliable, dependable and accurate IV tracers. A true workhouse of the photovoltaic industry.
In 2022, Daystar chose to end their 30+ years of successful operation. We are proud to continue to offer the same equipment directly to our customers. The hardware is the same reliable, high quality instrumentation we have strived to produce for decades.
The difference?
We are now selling our products directly to our customers and referring to it as the "Daystar model line" of products.